Skip to content
I  am a woman with a story and would like to share my story here to inspire someone.
God called me into ministry on the 21st of November, 2002, and He told me to break the yoke of marital delay that keeps women single against their desire and prepare them spiritually, emotionally, mentally, financially, physically and socially for a glorious marriage. This is not an assignment for a divorced person. I could not afford to make a mistake of marrying outside of the perfect will of God, but I did and after going through emotional, verbal and physical abuse, my marriage was suddenly over. And I knew what that meant; I would no longer be able to continue with the assignment that God had placed in my hand. I had failed. I could no longer speak in churches or at women or youth conferences as I had done prior to getting married. As a matter of fact, many people in the church saw me as unsaved, and it was evident in the way that they spoke to me, and it still happens till this moment, but I have learnt to live with it. I do not seek validation from anyone but God.
My assignment from God was very important to me, and so I was ready to endure an abusive marriage so I could carry out that task. But when he sued for divorce, so he could be with his lover, my entire world crashed. Not because I loved him and couldn’t live without him but because I had messed up my marriage and with it my ministry. On the day I received the notice from the court, I asked God for direction, and He instructed me to pack my things and return to my late father’s house. I obeyed because I knew it was all over. It was the end of the road not just for marriage but also for ministry. Back at my dad’s house, another instruction came for me to go to Bible school and again I obeyed. While I was at Bible school studying towards an Associate Degree in Theology and Deliverance, I realized that God might not be through with me, but I really didn’t see how I was going to carry on with the ministry.
With a year left to finish my course, I began to write the story of my failed marriage. This was to heal the pain I felt on the inside, but when the story was finished, I had two options before me. I could hand it over to an established magazine, or I could begin a magazine of my own. I chose the latter, and that led to the birth of DOZ (Daughters of Zion) Magazine. For close to a year DOZ Magazine made an impact, but I shut down the operations at the end of 2009 because of numerous challenges at the time which overwhelmed me. I thought DOZ was over, but when people continued to ask for it year after year, I began to think that perhaps I should pick it up again. But when God specifically spoke to me about it, I obeyed, and the DOZ True Story Magazine has returned as a novel series named DOZ Chronicles with four titles currently published and sold on Amazon. And in September 2016, DOZ Regular Magazine returned as a digital magazine.
Today I understand that DOZ is my ministry. Looking back now I can see exactly what God did and how He gave me victory. When my marriage failed I thought my ministry was over, I could no longer hold a Bible study and prayer meetings as I had done in the past, I could no longer speak in churches, but God gave me another medium for the messages that He put inside of me and DOZ Magazine was that medium. And with DOZ Magazine I was able to reach a wider audience. So rather than destroy my ministry, my divorce actually birth my ministry. That is the victory and God alone made it possible. My ministry has grown; as a matter of fact, not only has the ministry grown but the initial vision has also broadened. I am not only called to work with single women preparing for marriage but to work with single and married women to help them walk in their God-given purpose and marriage is just a small part of that. Following my divorce, I began with DOZ Magazine and moved to DOZ Chronicles, DOZ Devotional, DOZ Network (the fellowship arm) and now DOZ (talk) Show. Through my writing I have been able to touch lives in places I may never visit in my lifetime. I have also become a better version of myself. I have moved from a mindset of it is over to a mindset of it is just beginning and it is amazing how that mindset has affected everything I do. 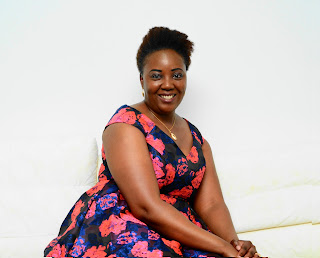 The reason I have shared my story is this; you do not have to remain in an abusive relationship. I was willing to remain, but God caused the man to send me away, PRAISE THE LORD! I probably would be dead today. I remained because I thought ministry would be over with my marriage. And perhaps you think you need to remain because of the children or whatever reason you may have, but if you trust God, you will discover that He specializes in taking your pain and working it for your gain. He takes your messes and makes powerful messages out of them.
My closing remarks to anyone reading this who is in an abusive relationship is this; ask yourself a very important question, is this love or is this lust? Are you unsure? Let’s look at a story, quickly shall we? In Genesis 34:1-4, the Bible says, “And Dinah the daughter of Leah, which she bare unto Jacob, went out to see the daughters of the land. And when Shechem the son of Hamor the Hivite, prince of the country, saw her, he took her, and lay with her, and defiled her. And his soul clave unto Dinah the daughter of Jacob, and he loved the damsel, and spake kindly unto the damsel. And Shechem spake unto his father Hamor, saying, Get me this damsel to wife.”
Anyone reading the story above will conclude that the man in question loved Dinah. But did he really? Carefully consider the words used to describe their first meeting; saw, took, lay, defiled. He literally raped her! Do you call that love? Does this connote love? Consider also the words of Dinah’s brothers, in verse 31 of the same chapter. They said, “Should he deal with our sister as with a harlot?” In the eyes of Dinah’s family and those who were closest to her, he had treated her like a harlot. How is a harlot treated? A harlot is used for sex. She exists only to provide sexual pleasure. Now think again of the words; saw, took, lay, defiled. Do you now think that the young man used Dinah for sex? I, certainly do. 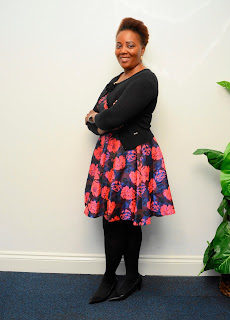 The reason I am bringing this up is that too many times, women confuse lust for love. And for this reason, they remain in abusive relationships, believing that the man loves them. One major difference between love and lust is that love gives, and lust takes. God loved the world, and He gave (John 3:16 paraphrased). A man who loves you seeks to add to you. He seeks to make your life better. He seeks to make you an honourable woman and not a laughing stock amongst family and friends. A man who is lusting after you seeks to take. When he looks at you, all he thinks of is what to take from you. Your money, your body, and yes even your time. You are an object to be used so he will have no problem sleeping with you one minute and hitting you the next. Be wise. Discern.
If he is physically, emotionally, or verbally abusive, he does not love you. When a man says he loves us, we are quick to believe him, especially when we are love hungry. But the truth is, if we would sit back and block out his words and observe his actions, we may see the same words- “saw, took, lay, defiled”, being acted out. And if these are the words we see then it is not loved but lust.
Ladies, no man will love you more than you love yourself. And if you do not love yourself enough to exit the abusive relationship, do not expect the abuser to love you enough to stop the abuse. 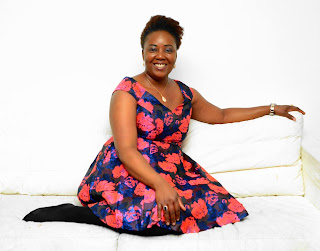 My name is Eturuvie Erebor, i  Sparkle through Jesus Christ.
Read and subscribe to Doz magazine by going to www.dozmagazine.com 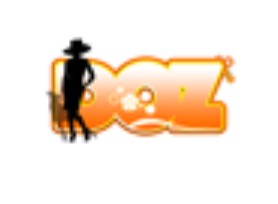 Welcome to iSparkleNow blog. My name is Alero, I love to encourage and inspire people who are going through difficult and trying times, letting them know they cannot give up and that they have loads of reasons to keep pushing and keep going.